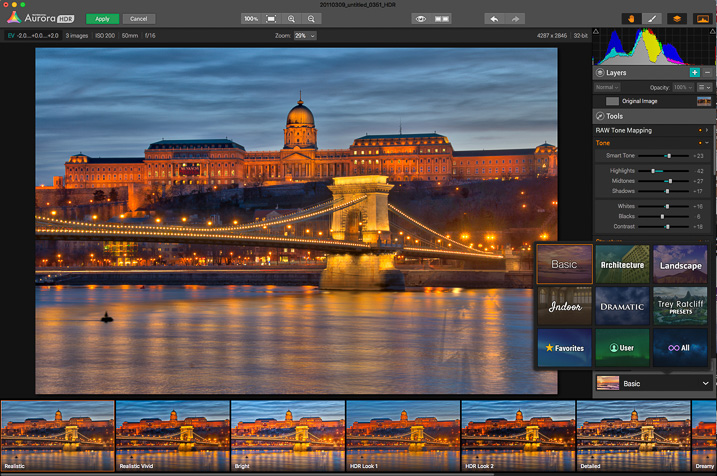 Aurora HDR 2017 is entirely new. Rebuilt from the ground up with loads of new features and it’s blazing fast!

Buy NowTry for Free
Already own Aurora HDR Pro and want to upgrade? Click here to find out if you qualify for an upgrade.

Roughly one year ago I partnered with the amazing team at Macphun to develop an entirely new HDR software tool called Aurora HDR Pro. Since it’s release over 1.5million people have downloaded it. I’m blown away! Thank you for believing in us!

Well, we’ve got BIG news again! We’ve spent the last year developing an ENTIRELY NEW version of Aurora HDR. We’ve included a ton of new features based on your direct feedback, plus the team really focused on speed. This new version is FAST! And contains every imaginable tool needed to produce high-quality dramatic images, as well as Presets and helpful Tip Videos made by myself.

Note: Aurora HDR 2017 is still for Macs only. Yes, we truly are working on a Windows version (harder than it sounds). Sign up for our newsletter and when it’s released you will be the first to know!

Already own Aurora HDR Pro and want to Upgrade to 2017?

Current Users of Aurora HDR Pro can upgrade for $49 (includes bonus items). Click here to find out if you qualify for an upgrade. New Customers can Order Now for just $99.

What are the new key features of Aurora HDR 2017? 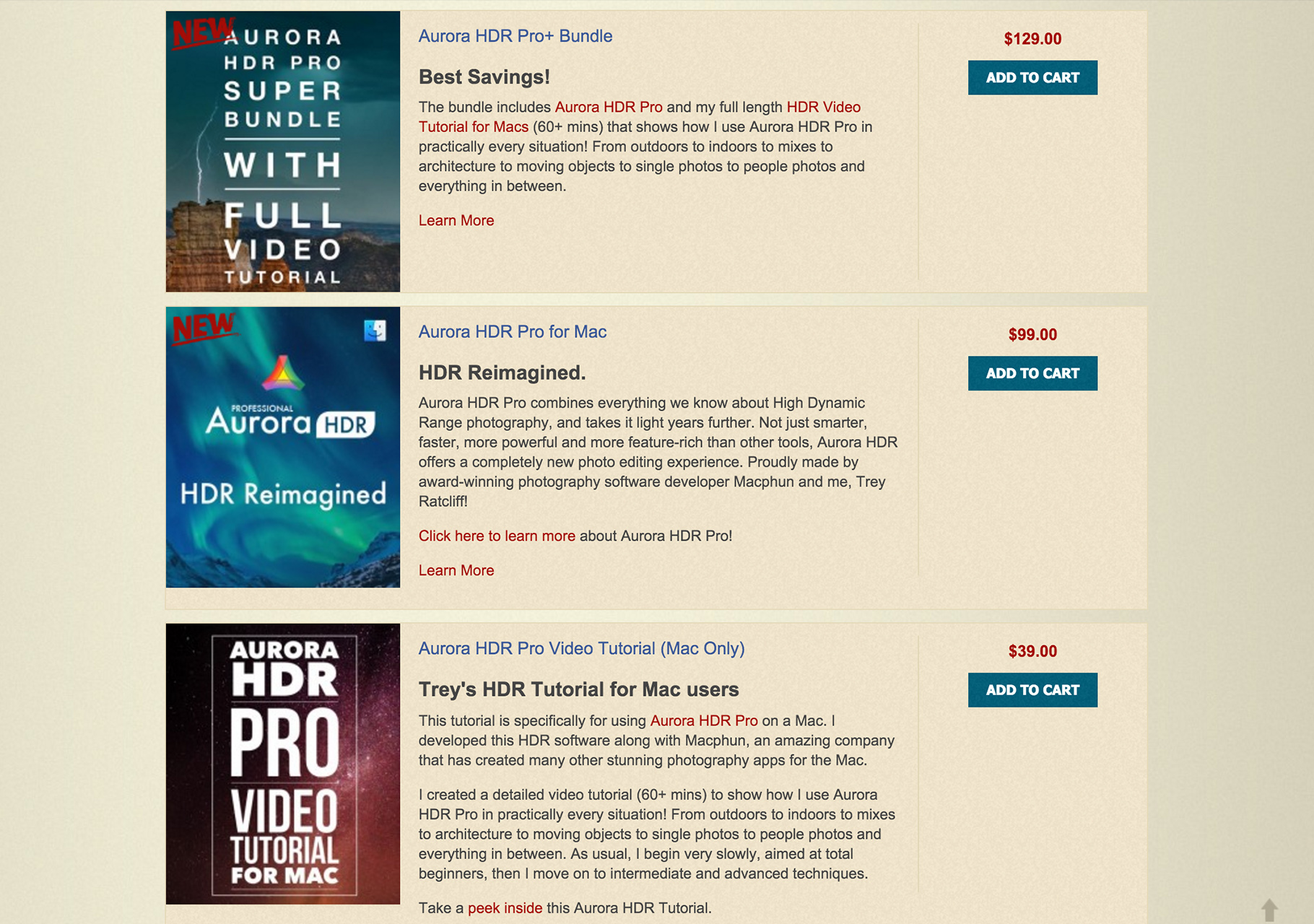 Want to learn even more tips & tricks about Aurora HDR 2017?

I’ve made a 6+ hour long HDR Video tutorial to show how I use Aurora HDR 2017 in practically every situation. From outdoors to indoors, mixes to architecture, moving objects to single photos, people photos and everything in between. You’ll see how I use the tool in slightly different ways for all these situations. As usual, I start out the tutorials very slowly, aimed at total beginners. But then we move on to intermediate and advanced techniques.

You can also order the Aurora 2017 Bundle which includes the Full Length Tutorial to save even more money!

Enjoy, and don’t forget to share your new beautiful photos online with the hashtag #AuroraHDR ! 🙂

How does Aurora HDR 2017 compare to prior versions? Here’s a few images I created with Aurora HDR 2017!

Aurora HDR 2017 was completely rebuilt from the ground up with loads of new features and it’s blazing fast!